My goodness, this week! Full of Autumn goodness. Full of emotion. Full of the goodness of God. Full of prayers whispered. Full, full, full. 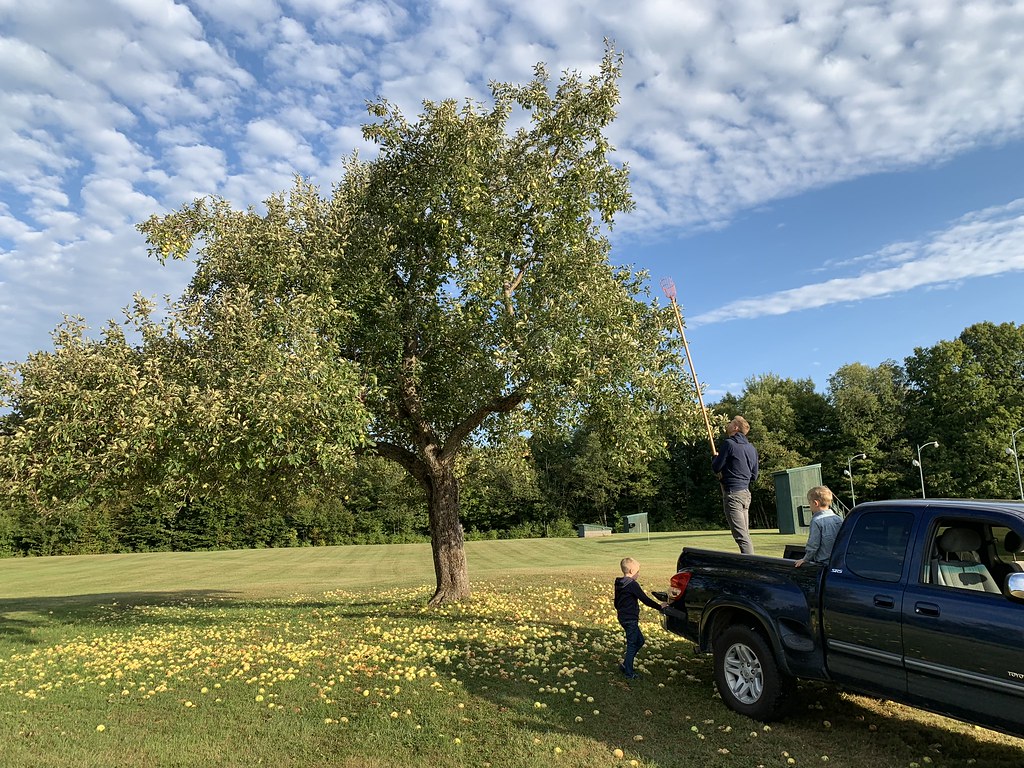 We finally got around to picking a few apples from our bountiful trees rather than letting them all fall for the deer to enjoy. One large pot of applesauce made, bagged, and frozen, two bags of apple pie filling made and frozen, and a few more baskets of apples still sitting in the mudroom waiting for me to find more time to stand in the kitchen peeling and chopping and bagging.

I don’t have any fancy tools for the job — I really should get some — but it’s almost nice to do the whole thing so slowly. It’s okay for things to take time. 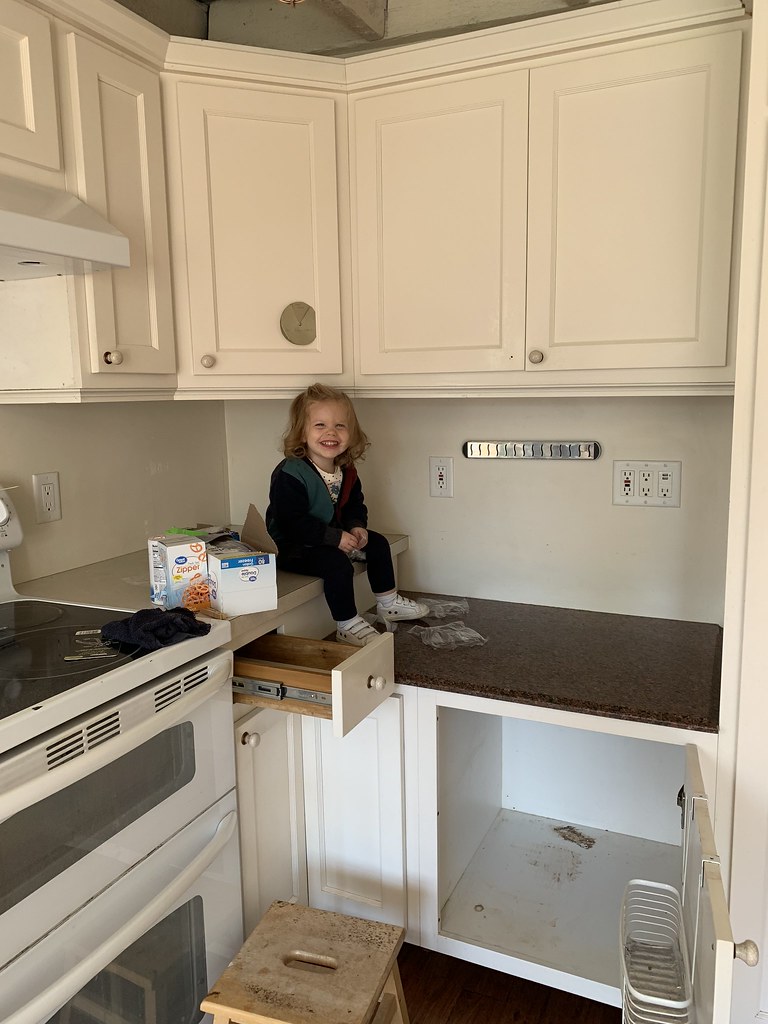 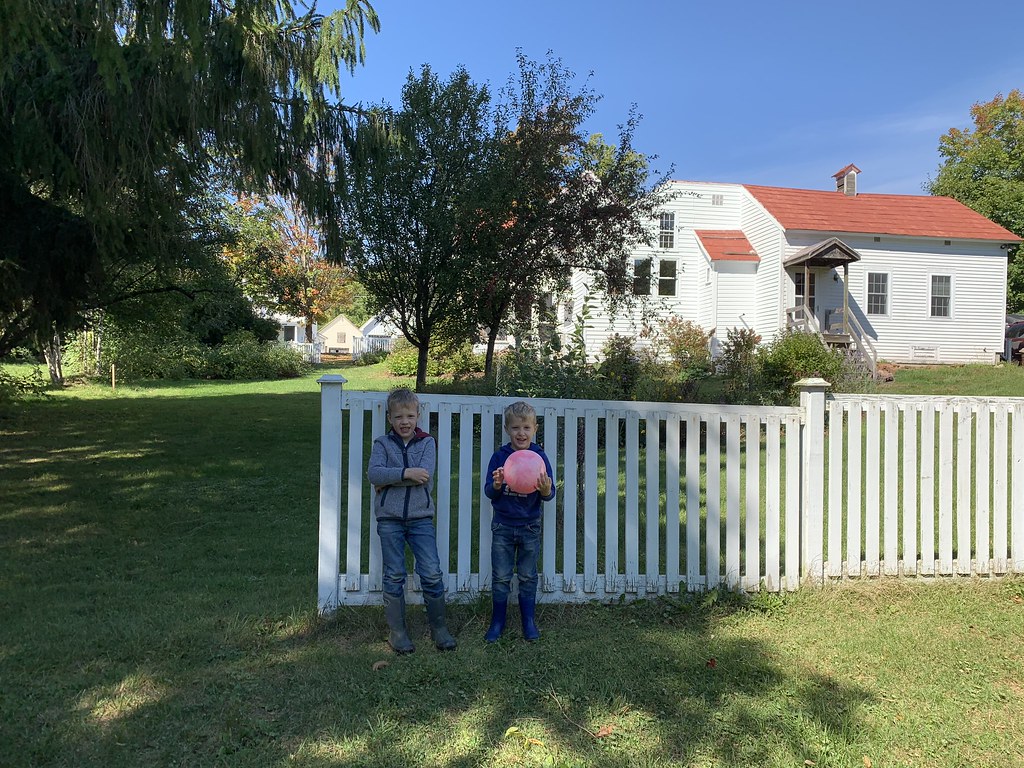 I went to my childhood home Monday morning and spent a few hours scrubbing the kitchen in preparation for a new family to move in. I turned on music just like I used to, filled the sink with soap and water, and set to work — cleaning the kitchen that I learned how to clean in.

I opened the tea cupboard and the smell overwhelmed me — Daddy. I opened the vitamin & herb cupboard and the scent screamed Mama. I blinked back tears. I asked if I should remove and toss the “Prayer Wheel” that’s always been tucked into the paneling of an upper cupboard. I was told No and I was so glad. How many mornings spent around the breakfast table drinking coffee (I would say always except there were plenty of mornings we’d realize we were out because how do you keep up with so much coffee consumed under one roof?!), eating oatmeal or pancakes or eggs & toast, and using that wheel as a tool to learn how to pray for many areas in life. It was there that I learned to keep the main thing the main thing.

This kitchen was so special. Devotions around the table, school done together around the table, where my mom responded so patiently as 9 kids learned how to cook & bake and made who-knows-how-many mistakes and wasted precious ingredients. Holiday meals were prepared there, dinners and desserts made for guests when we could offer them something a bit more special, but I also remember plates of chips and cheese tossed together when the spontaneous fellow dropped by and there was nothing else in the cupboards to make, and that was okay.

I’m so blessed that it’s so hard to move on from my childhood home. I love it and all it represents, and I know that that’s a gift — that not everyone is filled with such feelings when they look back at their upbringing. I also know that it really isn’t the place that has me so emotional, but what happened inside it — and wow, am I grateful for how my parents have lived their life so far and how it’s touched and changed so many. Because yes, there were 9 kids and parents under that roof, but so many always in and out of that front door. There were always “add-ons”.

I sent my boys to play the backyard while I cleaned. One more chance to run around in a place that was so magical to me when I was a child. My boys wandered off into the neighbor’s yard at one point — they have no concept of boundaries after a year of living in the country where they can literally go anywhere for 75 acres (they don’t — yet — but they know they can!). I laughed as I remembered wandering through neighbor after neighbor’s backyards with a brother and sister until one of them saw us — three kids playing in their field — and came to yell at us for trespassing. We were so startled and scared and ran home as fast as we could. That backyard is where we spent hours playing Star Wars (slightly obsessed), where my brother broke his arm during a made up game set in WWII (slightly obsessed with history), where we learned how to build snowmen, make snow angels, and ate way more snow than we should have (I stopped after I ate something nobody ever wants to eat that was mixed in with a handful of snow I picked up).

We were hardly a perfect family, but the feelings of love, warmth, comfort, safety, haven are much stronger than any of the weaknesses and sin we dealt with. It’s probably because my parents live what they preach — and they’re the ones who focus on finding the gold in someone, speak more positive than negative, and live to love and serve God so fully that they can’t help but love and serve those around them. They’re the most generous people I know and they’re the most generous to us, their children.

This morning I read in 1 Thessalonians 1:

“You paid careful attention to the way we lived among you, and determined to live that way yourselves. In imitating us, you imitated the Master.”

I think we can lose something in our society that’s so obsessed with individuality and standing out and making a statement and being true to yourself. We lose something when we’re unable to see someone who’s really got it and say, “I want my life to be like yours. What an example you are — and I’m gonna follow your lead because I want that fruit; I want to be effective like you.” Yes, all our lives will look different and things won’t be played out the same way, but it’s okay to embrace principles and ideas of someone when they’ve got something.

My parents are that to me. Oh, I’ll never be Rick or Darlene exactly — I don’t even have either of their personalities — but I want to live my life so generously, so focused on those around me, so selflessly, so for Him that I live pouring myself out in service to the people He loves so radically. I want that in the way I serve my husband, my children, my church, and anyone I come into contact with. That was the heart in 1942 and what touched everyone so deeply. 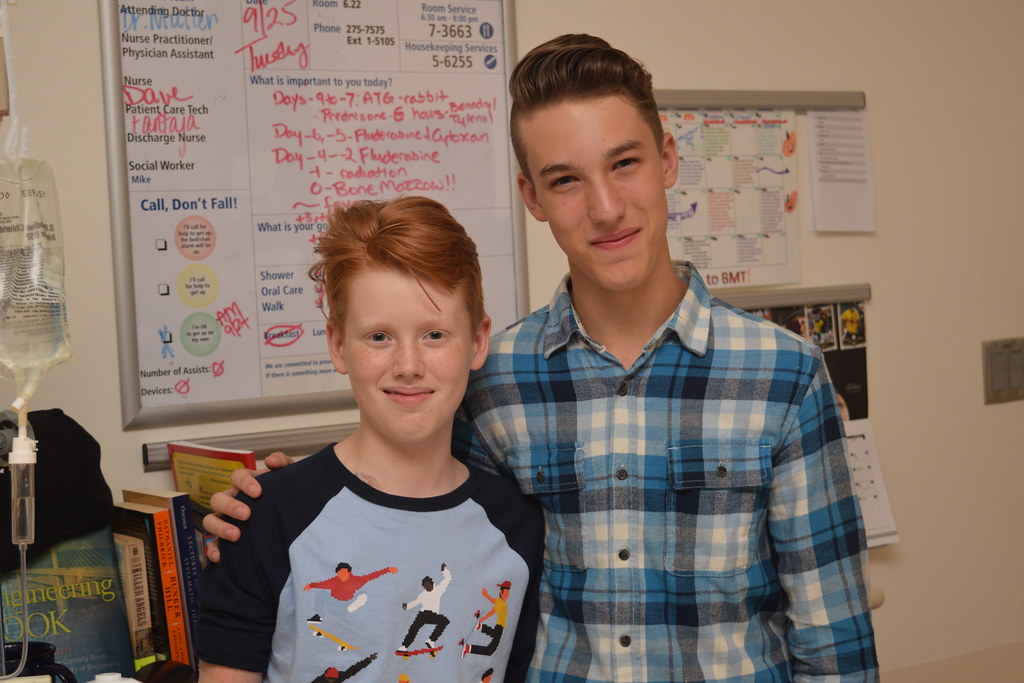 And this week is when my nephew, Jack, received his bone marrow transplant. Two years of praying for his healing — two years of being amazed and inspired as we’ve watched my sister, brother-in-law, and nephew walk through this with such strength — and here we are, praying his body receives what his older brother was able to give him yesterday. Every meal, during devotions, before bed, and moments throughout the day this week, we’ve been praying for this boy’s body to be healthy & strong. The next few days are critical as we ask that this bone marrow transplant work. Join with us in praying for that!

4 thoughts on “a week in September”