And so begins the slow goodbye to summer days. I know, we technically have a few more weeks left of summer and temperatures are still quite warm and we’re squeezing in every summertime activity that we can (hello, splashing in the brook and afternoons of fun with hoses and ice cream because why not and endless play outdoors), but there’s a change occurring. I called to the boys last night at 7:45 to head inside for bed and there was a chill in the air and darkness was beginning to settle. And it’s not just that. This year, for the first time, we feel the change in schedule.

Yesterday was our first day of school. Ever. It didn’t make our day look much different (we had implemented a new Daily Rhythm and Chore Chart last week to ease our way in), but my heart and head realized what a big change it is. It’s begun — the days of school — and it’s making me realize the season of just babies around here is over.

(Excuse me while I have a moment of melancholy.)

We skipped town this past weekend. We had been thinking we would take advantage of Labor Day for a getaway, but last Wednesday it was officially decided that Yes, we’ll go and let’s make it two nights away instead of one. We didn’t have much of an agenda — be together, wander and explore a new [to-everyone-but-me] place, and make memories. The boys were most excited about the idea of hotel stays complete with swimming pools. Our first hotel was actually a bit on the dumpy side (but that’s what was available + what our budget could handle), but who cares? To a 5 and 3 year old, a hotel room & pool is a hotel room & pool. They thought it was AWESOME. I think I loved watching them be so excited about the simplest things. They acted as though an 18 minute ferry ride was a week long cruise, like our dumpy Days Inn room was the Ritz-Carlton, and that Lake Champlain was the biggest body of water you could experience.

Kids help you be happy and content with where you are.

Anyway. Came home, got my bearings, and woke yesterday morning with school on the agenda. I told a sister that the day didn’t go exactly as I had pictured. Life came up — requiring my time and attention elsewhere throughout the day — the baby, who will generally sit and color happily alongside the boys, decided that crayons were simply not good enough while her brothers painted and we had our first major battle of her will against mine, and I spent over 30 minutes (which felt like a wasted 30+ minutes) looking for the key to the mower during the precious rest time.

Adrian had laid clothes out the night before in anticipation (we’ll ignore the fact that both boys had to change by 9:30AM after they decided to make “soup” with mud and leaves while I was making a phone call), Ellis thought it was his first day of Kindergarten as well, we talked about shapes and the sound that F makes, read books while piled on the couch (always someone on my lap), painted, and watched youtube videos about Poison Dart Frogs from South America. Hours of the day were spent outdoors while the boys did their thing. We read the story of The Tower of Babel during devotions and for the remainder of the morning Adrian was responding to me in his own made up language (which he would then translate), said all our memory verses together, and crossed off the basic chores from the list.

It was a win. We were together — living life, learning, being stretched, growing — together.

The being together was my favorite aspect of homeschooling growing up, and I think it’s what I’ll continue to love most as I dive into it with my own little family. Life lived together is the best. 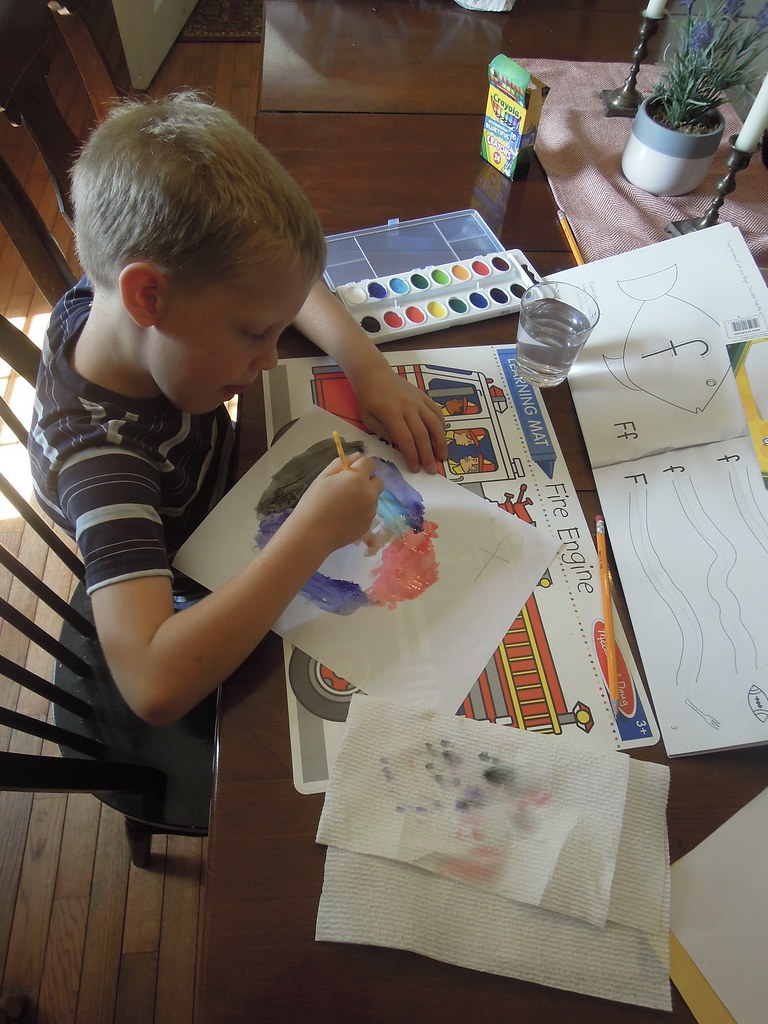 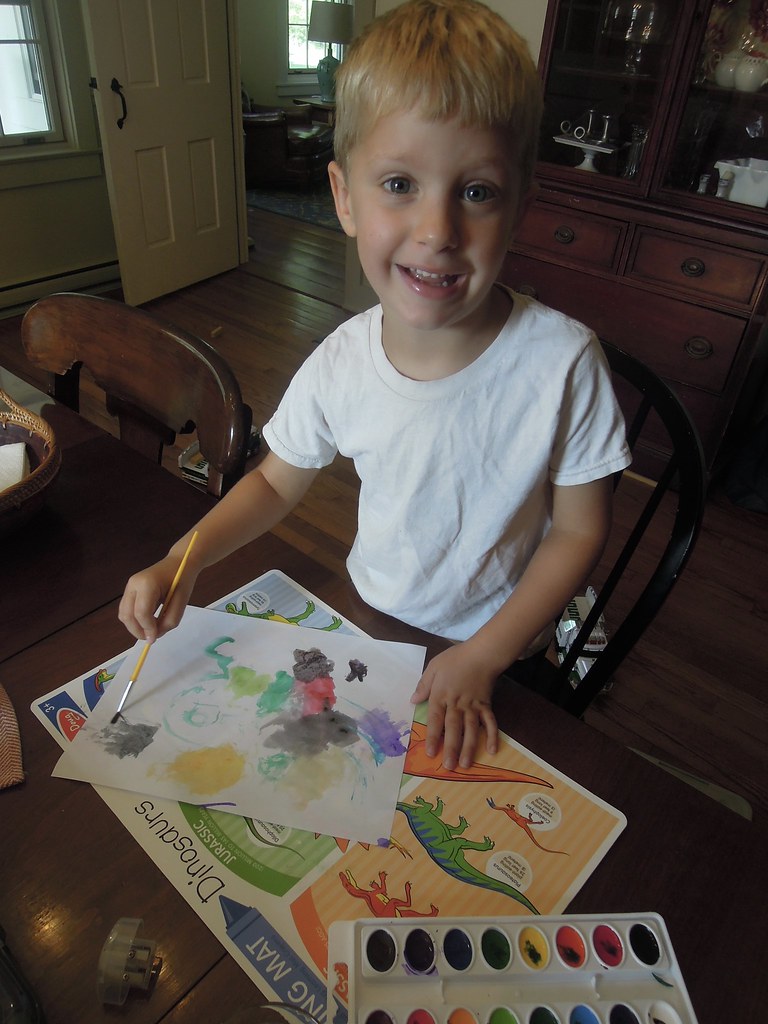 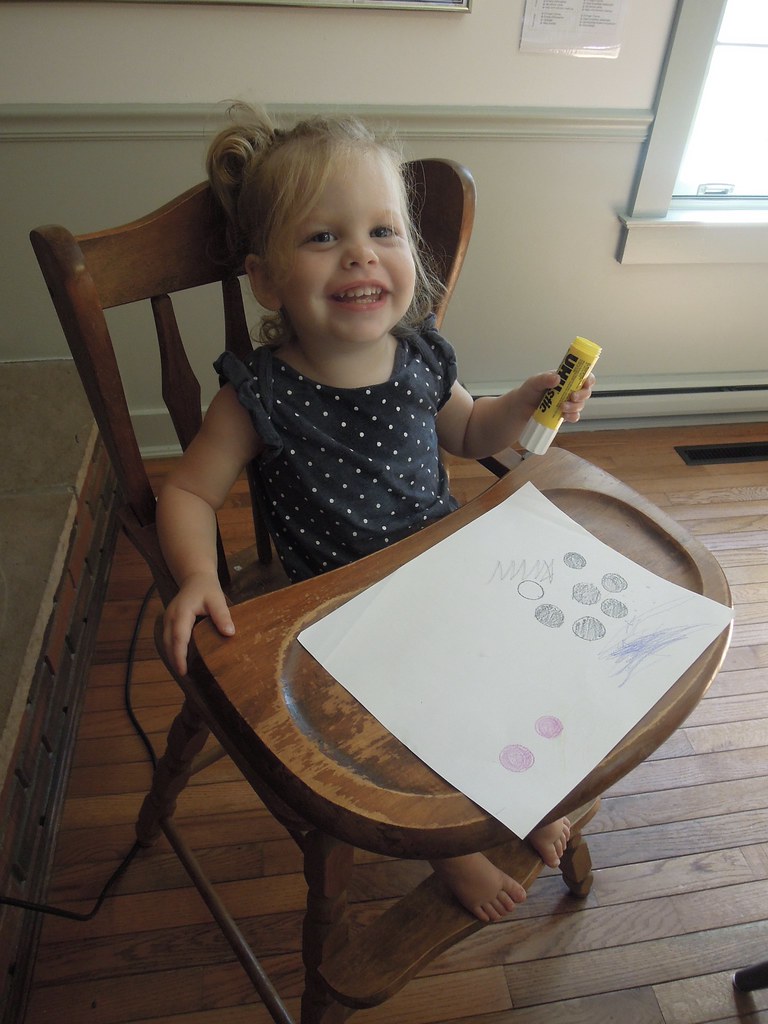